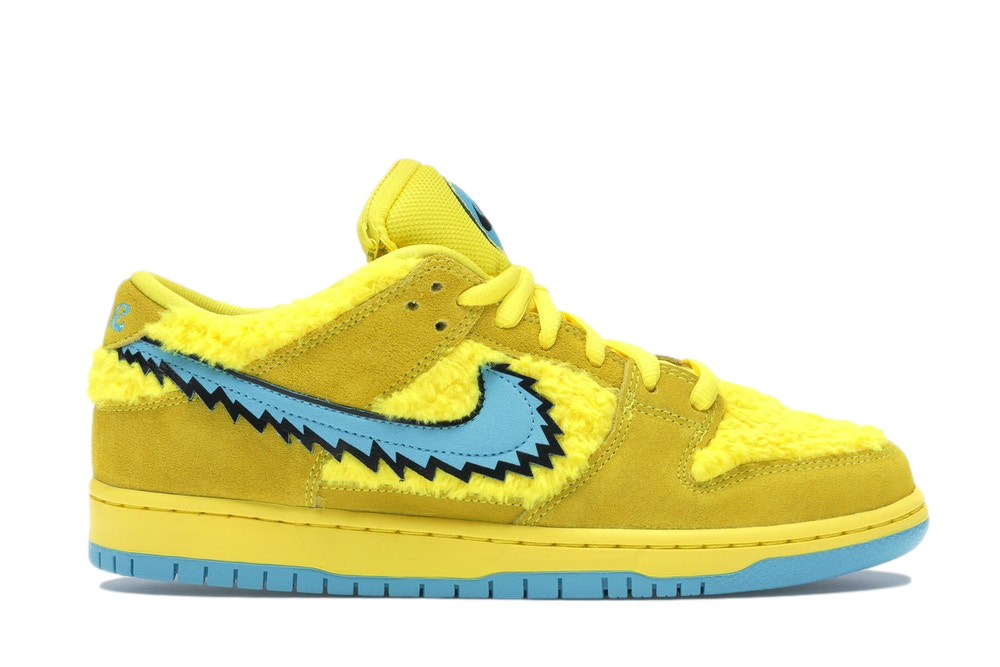 The Grateful Dead are widely known for their psychedelic music and iconography, most notably two graphic marks: the electric "Steal Your Face" skull, and a chorus of colourful dancing bears (also called Marching Bears). This singular edition of the Dunk Low uses the latter of those two icons as its primary inspiration, with fuzzy faux fur and smooth suede overlays covering the majority of the shoe's upper.

An abstract Swoosh mimics the collars worn by each illustrated ursine, featuring a frayed outline unlike any previous version of the silhouette. A plethora of details shaped by the band further elevate the look, including aglets adorned with lightning bolts, a restyled font on the heel and bold text graphics inside both tongues. A hidden insignia on the sockliner combines with complementary alternative laces and a cleverly obscured zip pocket to close the curtain on this mind-bending tribute.

Save this product for later
Display prices in: USD